Brazil: Discovering the Pantanal and Mato Grosso do Sul

The state of Mato Grosso do Sul in southern Brazil will hit your travel lusting spot. This region’s beauty is absolutely unmatched 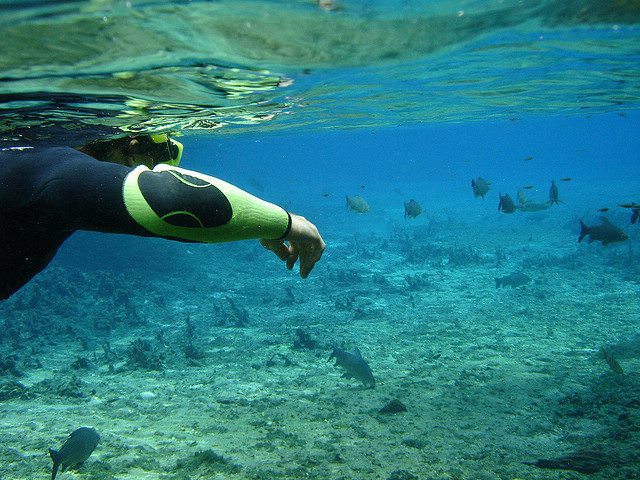 Are you looking to visit a new South American destination unlike any you’ve already experienced? The state of Mato Grosso do Sul in southern Brazil will hit your travel lusting spot. This region’s beauty is absolutely unmatched, with sunken water-filled caves, the most incredible wetlands on earth, and modestly-sized cities that showcase the best of Brazilian culture. Better yet for the traveler, Mato Grosso do Sul is just a short internal flight from the legendary Iguazu Falls that linger with the border of Argentina. Thanks to the tropical and subtropical climates, there is never a bad time to visit. January is the warmest month with the most rain, and July is the coolest.

What are you waiting for? Be sure to speak with your travel advisor to ensure these gorgeous locations in Mato Grosso do Sul are not left off your Brazil travel plans!

Bonito
The name says it all—“pretty” in Portuguese—and the town does not disappoint. Or rather, it is the municipality’s natural treasures that travelers go seeking for. This eco-tourism capital is just a short 180 miles (300 kilometers) from Mato Grosso do Sul’s capital, Campo Grande, and about 16 hours by bus from Iguazu Falls with a transfer in the middle. The Pantanal wetlands are also not too far away up in the northwest. A small airport makes travel easy for those with little time. A number of adventure tours can be booked on-site, but organizing something as part of a Brazil vacation package beforehand is generally less of a hassle.

Cavern diving is the most popular recreational activity to try in Bonito, especially in Gruta do Lago Azul (Blue Lake Cave) where the azure hues at more than 325 feet (100 meters) deep remain as clear as if they were at the surface, giving way to spectacular underwater fish performances. Snorkeling in the Rio da Prata (Silver River) is also an unforgettable experience putting you within arm’s reach of exotic wildlife.

Don’t miss out on a walk along Bonito’s forest trails and listen to the bird symphonies scattered throughout the dense foliage. The best time to visit Bonito is between December and March during the rainy season when everything is green and the rivers are swollen with possibilities.

Sunsets seen in the Pantanal wetlands are some of the most staggering in Brazil.

The Pantanal
The Pantantal wetland is so large that it actually spreads over both Mato Grosso and Mato Grosso do Sul states. In fact, it dominates the international stage as the largest of its kind on earth and the third largest environmental reserve in the world. Perhaps the most visually appealing aspect of the expansive, 88,800 square mile (230,000 square kilometers) lowlands is the fact that it curves up on all sides, leading to various mountain ranges seen in the distance.

Seen from the air, the sapphire rivers that cut through the Pantanal contrasted with the rich greens of the flora is a spectacular sight indeed. Back down on earth, a slow cruise to observe the incredibly diverse ecosystem up close is a must-do experience during any Brazil holiday. Make your Pantanal tour reservation in nearby Campo Grande, or in the gateway town of Corumbá. See if you can spot some of the wetland’s endangered species during your trip, or go fishing between March and October!

Set in the middle of cattle country, the city of Campo Grande is a grand mixture of the traditional with the contemporary.

Campo Grande
As the largest and capital city of Mato Grosso do Sul with a metro area population of just about 1 million, Campo Grande is perhaps the most accessible destination in the state. The Campo Grande International Airport mainly caters to domestic flights, although a few fly to neighboring countries.

Located in the middle of the state, the city also well serves other favorite places such as Bonito and the Pantanal; Rio de Janeiro is just a 20-hour bus ride away if you have the time to traverse Brazil’s immense properties. Spend some time learning about the regional traditional lifestyles at the insightful Memorial da Cultura Indigena (Indigenous Culture) museum, as well as the Parish of San Francisco de Assis which stands as a respected icon in the old city.

Parque Ecológico do Sóter (Sóter Ecological Park) is a great place to spend an afternoon no matter what your age, skating along the walkways or maybe just lying in the soft grass. Finally, don’t forget to do your souvenir shopping at the House of the Craftsman or Barroarte Fair which have great varieties of delicately made artisan goods to choose from.