Celebrated in Argentina for their nomadic lifestyles and superb horsemanship, learn why gauchos were South America's answer to the cowboy. 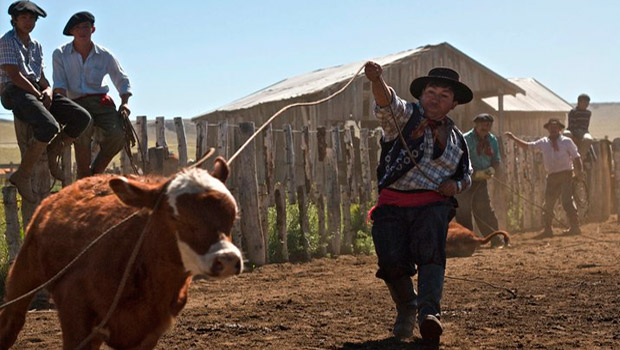 Gaucho in Argentina by Eddie Thorton

If you’re heading to Argentina, odds are ‘gauchos’ are already on your radar. Whether in Buenos Aires or heading to their stomping grounds in Patagonia, the culture of these rustic cowboys is at your fingertips. Celebrated for their solitary and nomadic lifestyles, superb horsemanship and elaborate attire, the gaucho culture is deeply rooted in the country’s history and still alive today.

The Evolution of the Gaucho

The traditionally nomadic gaucho lifestyle was forced to evolve as owners of  large estates, known as estancias, began fencing the vast plains across Argentina’s Pampa region to create cattle farms. This process is often referred to as the “domestication of the gaucho”. Though their free-range lifestyle has evolved, the reputation and lasting impact of the gaucho culture carries on. These wandering cowboys have hardly become domesticated – rather, they’ve adapted.

Like their predecessors, these gauchos take on the open range.
Photo by Britt Fracolli

Argentina is home to an estimated 150,000 gauchos that come from a mix of Spanish, Portuguese, Arab/Berber and Native American ancestry. Cattle were originally brought from Paraguay to Argentina in 1580, but these skilled horsemen were first documented scouring the grasslands and hunting wild cattle in the early 18th century by Spanish travel writer Alonso Carrio de Lavandera.

Living off a diet of beef and maté, gauchos spent their days on the plains hunting and herding cattle. They gained the reputation for being strong and silent, but with an affinity for violence when provoked -a trait that proved essential in the War of Independence. Gauchos’ knowledge of the terrain and their contribution to the fight won them hero status in Argentina, further romanticizing their lifestyle and culture.

Today’s gauchos are an essential element to the success of maintaining farms in Argentina. Their exceptional horsemanship, a skill set they developed from the beginning of their cultural development, is critical for rounding, herding and branding cattle.

The Fashion Know-How of an Argentine Cowboy

The pride that gauchos take in their appearance is reflected in their elaborate get-up. Here’s a head-to-toe breakdown of their style…

The Protein Rich Diet of a Gaucho

Aside from riding, asados -considered the national dish of Argentina– are an essential component of traditional and modern gaucho culture. During asados, the conversation between gauchos centers around horses and cattle and is generally accompanied by wine and dancing.

There are many details and nuances to the art of an asado, but gauchos generally use minimal seasoning.  Often just salt is used once the meat is cooked with a side of chimichurri, a salsa of sorts made of a blend of parsley, oregano, garlic, paprika, olive oil, salt, pepper and sometimes onion or spicy peppers.

A gaucho’s breakfast of champions, an asado.
Photo by Page Buono

Gauchos use only their hands, bread (or tortas fritas) and a facón to cut the meat from the bone of the carcass or to cut a chunk from the grill, and then place it in the bread. The bread acts as a plate, and for each bite the gaucho would take a chunk between his teeth, then use the facón to separate it from the larger piece.

Jorge Guajardo, a modern Argentine gaucho, is an exceptionally skilled horseman and ranch-hand on an estancia in the Neuquen province of Argentina. Jorge has a special way with the horses – riding them standing up or jumping over the neck of a galloping horse, touching his feet to the ground on one side and then back to the other.

Jorge demonstrates his acrobatic skills during a morning ride.
Photo by Page Buono

Like his predecessors, Jorge wakes early in the morning, starting the day with maté, a traditional Argentina herbal tea, and the notorious counterpart to beef in the gaucho diet. He sits by the fire and listens to the local radio, which brings news from gauchos on other estancias. After a light breakfast of toast or tortas fritas, he tends to the horses, usually squeezing in a ride, and returning for an asado in the evening.

Jorge enjoys some morning maté to power him through the day.
Photo by Page Buono

Gauchos like Jorge work at estancias scattered throughout Patagonia, most of which are concentrated in the Pampa region of Argentina. Whatever your  travel route, be sure and take the opportunity to observe the evolution and adaptation of the powerful gaucho culture for yourself.